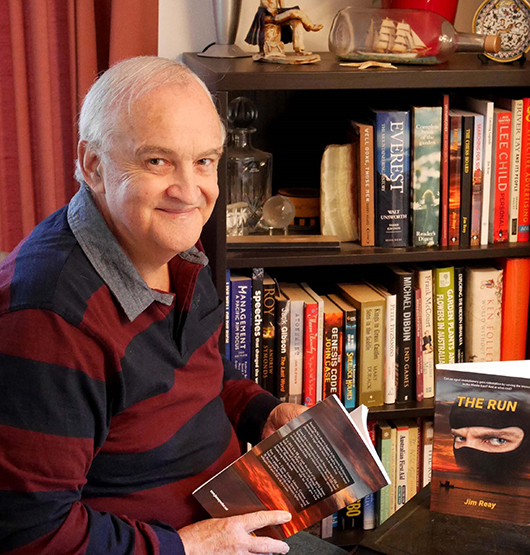 For me, collaborating with self-publishing authors to help them bring their vision for their manuscript to life is an honour and I’m grateful that I get to work with some talented and creative people.  One author client I’ve particularly enjoyed working over the past seven years is Jim Reay. Since launching Brisbane Self Publishing Service in 2014, my editor colleague, Patrice Shaw, and I have actively assisted Jim to self-publish a total of nine books.

Jim’s third book – The Run – is ‘a thriller mystery which goes inside the psyche of the revolutionary fighter … their willingness and need to kill or die for a cause’.

So with this concept in mind, I wanted to share my step-by-step process to create an eye-catching book cover design for The Run that would effectively encapsulate the theme of Jim’s novel.

STEP ONE: The Client Brief

Jim collated his initial ideas for the front cover of his book in a Word document (see image below) which he then forwarded to me. This original client brief is an important starting point in formulating the final cover design as it offers an insight into the author’s vision for their book. 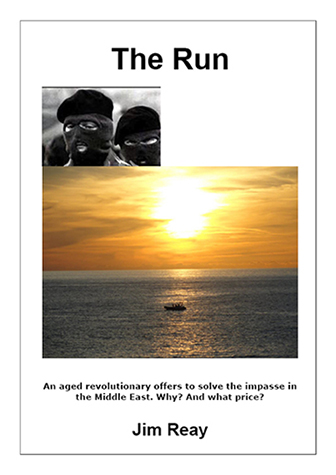 The next step in creating the book cover design involved searching an online stock photo library (DepositPhotos.com) for two suitable high-resolution royalty-free photographs – a background image of a small fishing boat adrift on the open sea and a central image of a masked terrorist – to purchase on Jim’s behalf.

Some of the watermarked photo options I identified during the research process as possible options are shown below: 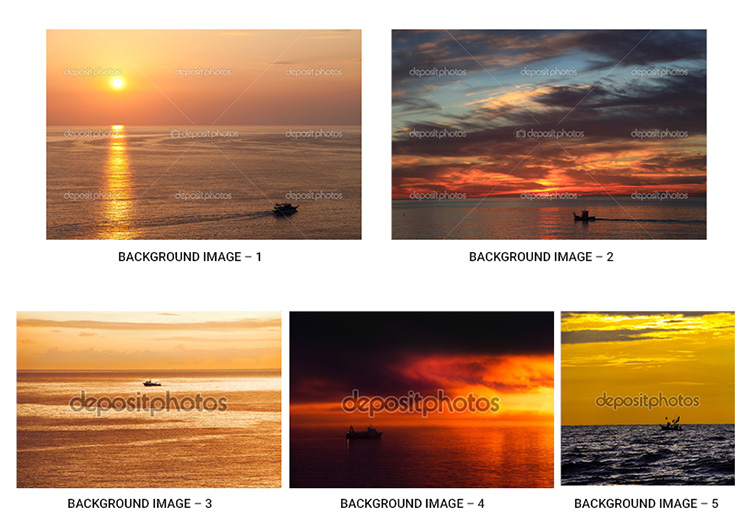 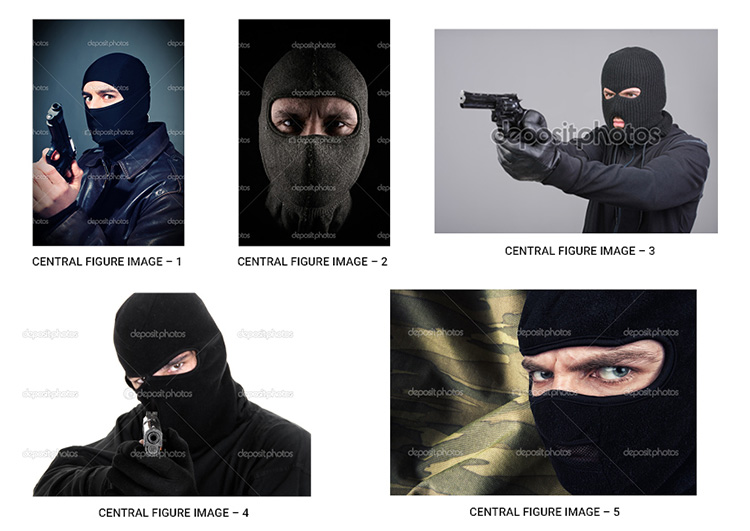 From the range of watermarked photo examples I provided to Jim, he selected Background image – 2 and Central figure image – 5 as his preferred options to purchase for the book cover design. With these two high-resolution photos forming the basis of the cover design, I then commissioned a Photoshop artist to edit both photographs in order to create a cohesive ‘look and feel’ for the cover of Jim’s book.

The ‘before’ and ‘after’ versions of both photographs are shown below:

STEP FOUR: Putting it all Together

With the two stock images having been edited in Photoshop, it was time to put all of the graphic and text elements (including back cover blurb, tagline, author website URL and ISBN barcode) together to create the book cover design. At this point, I experimented with different font faces and colours for the title (plus subtitle if appropriate) and the author’s name on the front cover of the book so that Jim could make his final decision regarding which colour palette and font style he preferrred.

Two initial example book cover designs for The Run are shown below:

Jim’s liked the yellow colour palette and font style of Version 1 of the book cover design examples. At this stage, all that remained for me to do was to make a few final tweaks (including capitalising the book title and changing the blurb to white text on a dark shaded textbox) to produce the final book cover design.

Below is an image of the final book cover design for The Run: 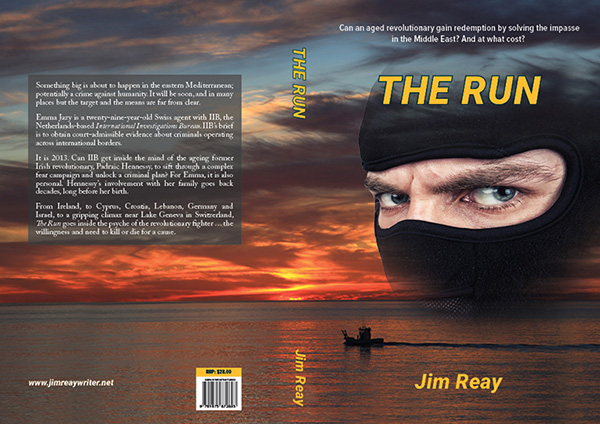 Discover how straightforward it can be to publish your book via our Let’s Get Published Framework®. Get started with our FREE 5-day email course today!

Thanks for your interest in our self-publishing course. Check out your email inbox to get underway with this 5-day email course. And don't forget to save us to your email address list